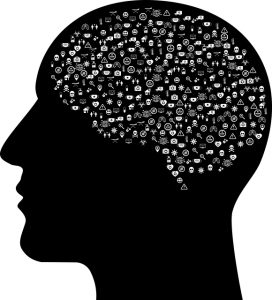 Recent research studies show a growing number of evidences linked to cases of anxiety and depression even where there’s only minimal increases in air pollution. Some studies even connected growing up in polluted environment, particularly dirty air, to cases of suicide and heightened risks of suffering from mental disorders.

The findings suggest that long exposure to polluted air could have adverse effects on the brain, enough to increase an exposed person’s risk for developing psychiatric problems like depression and schizophrenia.

How Prolonged Exposure to Air Pollutants Can Lead to Mental Illness

Apparently the prolonged exposure to polluted air affects the cytokines, the molecules in charge of regulating the body’s inflammatory responses. On the other hand, long-term inflammation of the brain is a condition factored in as the main cause of central nervous system disorders like Parkinson’s and Alzheimer’s disease.

5he World Health Organization has not officially acknowledged that high levels of O3, NO2, SO2 and PM in their occurrence as air pollutants, are responsible for causing suicide. Yet various studies continue to report similar findings. Research about long term air pollution specific to its effect on children’s health revealed that young people have higher risks of experiencing depression at age 18, if their exposure to high levels of air pollution began at age 12.

The adverse effects of air pollution on physical conditions and resulting respiratory disorders have long been identified and met with medical treatments and preventive solutions. When it comes to mental health issues spurred by air pollution, the following are ways to mitigate the effects:

The original AirDoctor 3000 is an air purifier capable of cleaning and protecting the air up to 5x per hour in rooms measuring 505 sq. ft. or 2x per hour in a 1262 sq. ft. room area. The AirDoctor manufacturer claims its proprietary UltraHEPA™ Filter is 100 times more capable and effective than the industry standard HEPA filters. As a top of the line air filter, Air Doctor’s UltraHEPA™ Filter can capture some of the most dangerous particulate matters measuring as minute as .003 microns